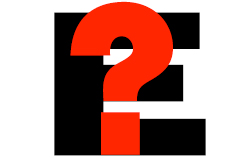 There is a very simple answer to why there are two different spellings. If the whiskey is made in the United States or Ireland, it has an “e”. If it’s made anywhere else, the “e” is missing.

Whiskey means “the water of life”. It was originally pronounced “oosh-ga bea-ha”, then simply “usky”, without the “e”. When the United States started distilling their whiskey, the legend goes that they considered Scottish whisky very low quality, so in order to distinguish themselves, along with the Irish, from their Scottish counterpart, they added the “e”.

There are a few exceptions to this spelling in the US. The Samual’s Family, distillers of Maker’s Mark, removed the “e” from their whisky in order to pay homage to their Scottish ancestors.

So remember if it has an “e”, it’s made in the US or Ireland, if it’s doesn’t, it most likely comes from Scotland, Japan, Canada or anywhere else that distills the water of life. Until next time, Slainte Mhath!